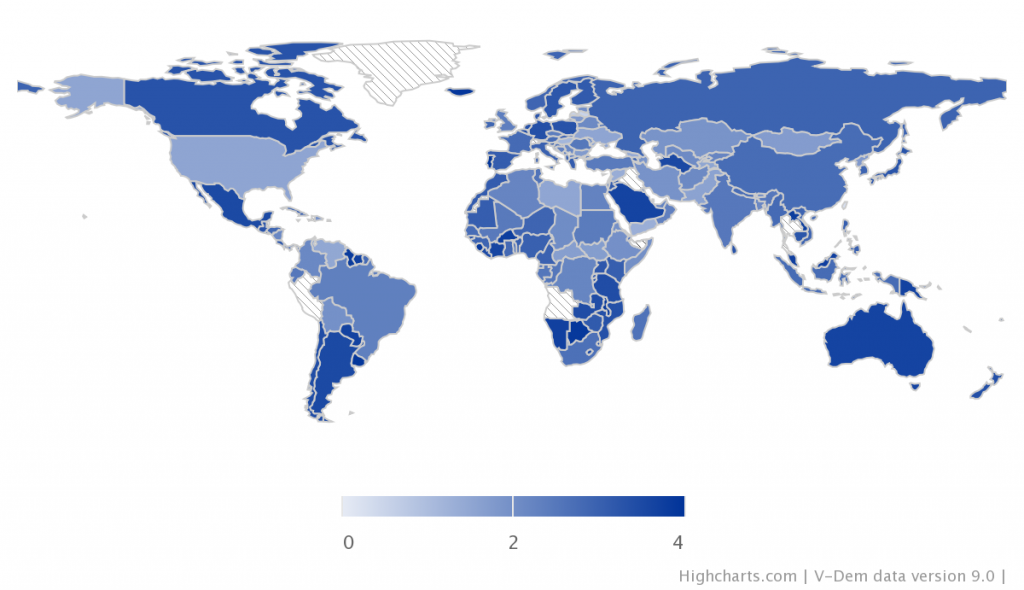 How routinely do foreign governments and their agents use social media to disseminate misleading viewpoints or false information to influence domestic politics in this country? The map above shows the results for the entire world in the year 2018. The scale runs from zero to four, with the categories of the scale meaning the following:

2: About half the time. Foreign governments disseminate false information on some key political issues, but not others.

In summary, darker means better and lighter means worse on this map, and we can see some immediate patterns. First, the United States is in awfully bad shape, with the 13th worst rating in the world due to well publicized foreign interventions on social media over the last several years. In addition, note that the other poorly performing countries on this metric form a ring around Russia, as Russian intervention online has particularly targeted the states in the former Soviet Union.